The S-Unit offers red teaming services based on modules. This makes it possible to tailor red teaming to the wishes and information needs of our customers. The modules are based on the TIBER-NL framework and are divided into four phases. The diagram below shows the available modules per phase. 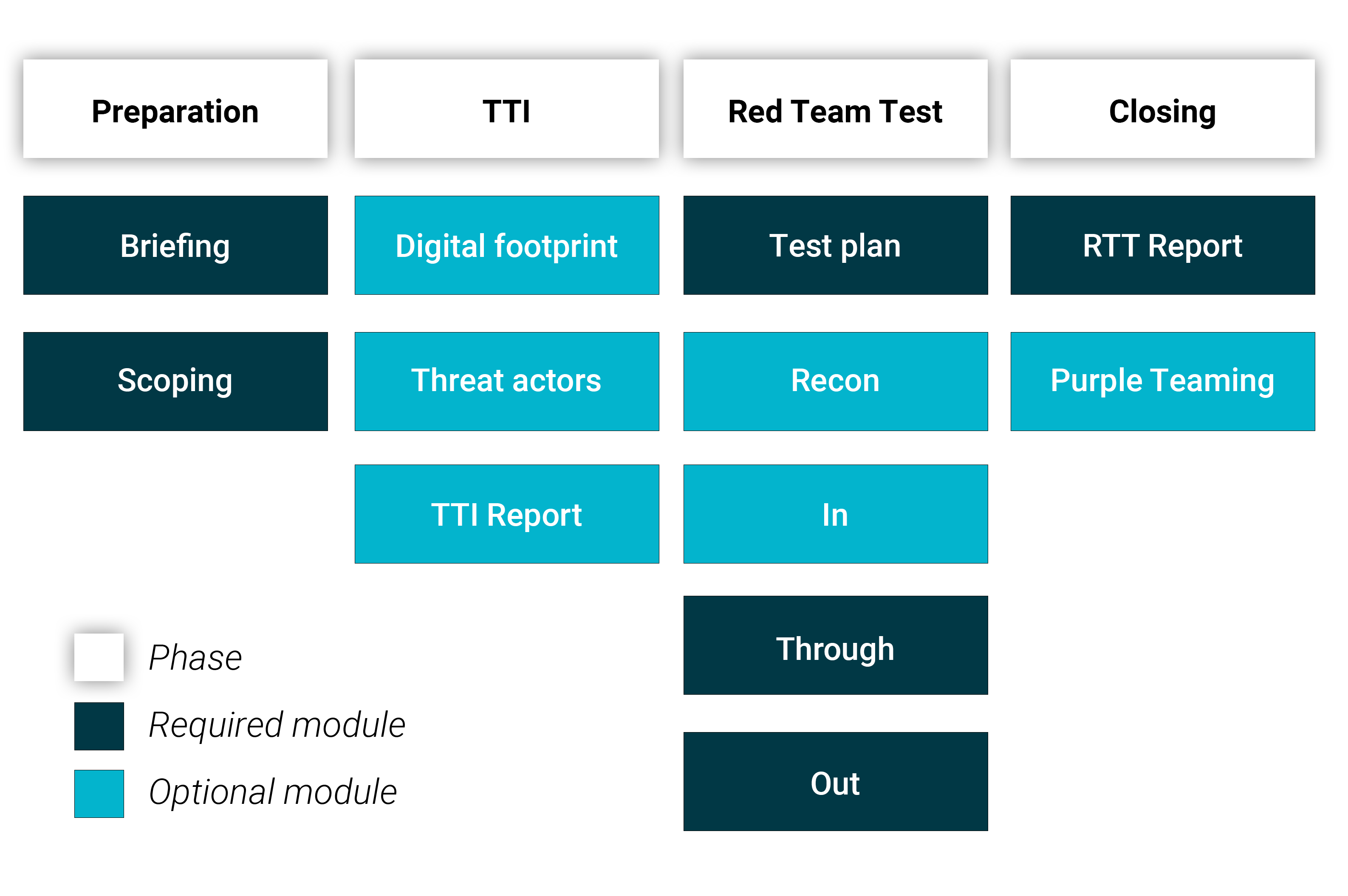 During the briefing, various operational aspects of the project are coordinated with the client. In any case, it concerns the following matters:

In the scoping, possible goals for attack scenarios with a major impact within and outside an organization are defined. This is done in three steps:

Critical functions are the people, processes and technologies that are critical to the delivery of a core service of an organization and where the disruption of the function results in:

Critical systems are the IT systems underlying the critical functions. The S-Unit will attempt to demonstrate that it is possible to compromise critical functions by abusing the underlying critical systems. A pre-agreed action is carried out. This is called capturing the flag. Depending on the agreed action, dummy data can be used as a flag. This may be desirable when the flag involves highly sensitive information.

Within this module, information is collected that can be used to sort potential attack techniques by relevance. This is done by mapping threat actors that may target an organization and their modus operandi. For the selection of relevant threat actors, Advanced Persistent Threats (APTs) are considered. An APT is an attack group that has performed multiple attacks against different organizations with a high degree of technical complexity. By looking at different characteristics of historical targets of an APT, groups can be identified that might target an organization. For each of these relevant APTs, the modus operandi, also known as tactics, techniques and procedures (TTPs), investigated. This gives an idea of ​​the capabilities of possible opponents of the organization. This image can then be used to determine which TTPs are most relevant to test during red teaming.

If you wish to use the digital footprint and/or the threat actors module, we will communicate our interim findings in the TTI reporting module. The TTI report Module concerns an interim report with the results of the scoping module and the TTI phase. This report contains the following elements:

The test plan broadly describes the attack scenario that will be executed. A test plan contains the following elements:

The TTPs that are recorded in the test plan form a guideline. It is impossible to determine in advance exactly which techniques are required to achieve the goal and whether each technique is applicable to the organisation's environment. If the TTPs from the test plan are insufficient to achieve the target, additional TTPs will be used. If a TTP does not apply to the environment, a replacement can be used.

Reconnaissance concerns the collection of the necessary information for the penetration of the organization by means of the techniques defined in the test plan. The information required depends on the chosen technique for obtaining initial access. To illustrate, we compare two techniques: sending a phishing document and placing a drop device. The table below shows examples of information that may be relevant for both techniques.

Information gathering in this module can take place, among other things, by:

Compared to the Digital footprint module, this module searches for much more specific information with a larger arsenal of techniques. The latter also means that the information gathering in this phase of the project can be detected by the blue team.

The In involves preparing and executing an attack to gain initial access to the organization. Both the preparation and implementation are highly dependent on the defined scenario. To illustrate, we compare the same two techniques as in the Reconnaissance module: sending a phishing document and placing a drop device.

The Through module concerns the phase between the moment when initial access is obtained and the moment when the end goal of the scenario can be executed. In this phase, work is done on:

Because preventing detection plays an important role, automated scans are not used. In addition, the client does not share any technical information with regard to the IT environment. For example, the red team does not know:

To gain access to critical systems, the red team itself collects the necessary technical information through the access it has gained to the environment. Depending on the flag, process information may also be required. For example, if the flag is defined as “executing a rogue payment of €5.00 through application X”, then gaining access to application X is often insufficient to actually make a rogue payment. This requires an understanding of the payment process and the role system X plays in this process. Only when it is clear how payments are imported, who approves them and what additional checks will take place, can a payment actually be made. These factors make the Through module, although similar to a penetration test, is a lot more time consuming.

With the Out module, the impact of the attack is demonstrated by capturing the flag. When a flag is captured by the red team, the scenario is completed. A scenario can also be completed when the planned time has elapsed or when the client requests that the scenario be stopped prematurely.

After completion of the red team test phase, a report with results will be delivered with detailed information about the implementation, outcomes and advice.

During a Purple teaming workshop The S-Unit works together with the blue team of the client to improve the detection and response capabilities of an organization. The blue team are all individuals responsible for detection and response for an organization. This can, for example, concern an internal security operations center (SOC) but also SOC services that are purchased from a third party. During an interactive session, The S-Unit repeats various actions from the performed scenarios to generate input for the blue team's tooling. Then both teams work together to create new views and detection rules. In addition, The S-Unit can provide detailed advice and action points for further improvement after the workshop. The exact content of a purple teaming workshop depends on the wishes of the organization, but also on the available tooling and the configuration of this tooling.

Get your own security companion. 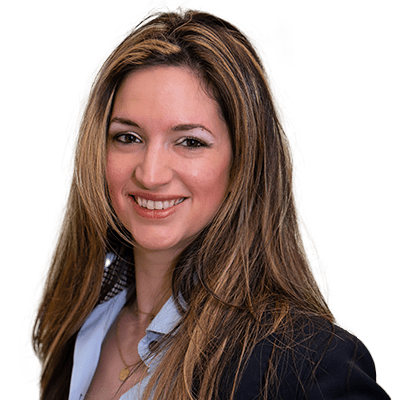 Would you like to know more about the services of The S-Unit? Or do you have another S-ential question for us?